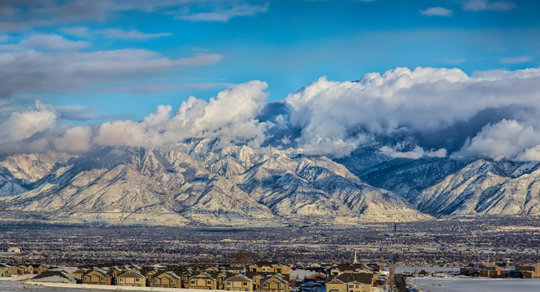 Kitlinx is located in a suburb of Salt Lake City, Utah. The Wasatch Mountains tower over this valley.

Kitlinx is a company that is run by hobbyists for the hobbyists. The Manager of Kitlinx, Loic, is a long time model builder with average modeling skills, but insatiable interest in history. Loic was an Engineer working for a large mining corporation when he created GreatModels.com in 1997, which became one of the first Internet Mail Order websites for the military, plastic model buff - and it included a fully searchable database. GreatModels sold over 3 Million models/Accessories/Books and related items over its 15 years of operation. In 2004, GreatModels acquired Douglas Model Distributors, which was established in 1934.

GreatModels and Douglas Model Distributors were sold to SprueBrothers in April of 2012.

After a 5-year hiatus from the Plastic Modeling industry, Loic decided to come back to "his first Love". But re-inventing oneself should be a life-long process. The catalyst of this move was the acquisition of Pacific Coast Model Distributors in October 2017. The following year, Kitlinx acquired Roll Models from John & Mary in Minnesota

The ultimate goal of Kitlinx is to achieve what GreatModels failed to reach: Putting the entire operation "on the cloud"! It means that the customers can view the same information than Kitlinx employees, and make changes ONLINE from anywhere in the world. Kitlinx operation is also "on the cloud", so this operation can be run remotely except the receiving and shipping of the customer's products. Our connections to suppliers databases is also fully automated to allow accuracy and speed of orders.

Kitlinx has a different approach than existing Internet Companies. We want the same approach as the "old GreatModels" with the lightning-quick search engine, cross-reference ability, and links to available Internet reviews. One goal of Kitlinx is to bring an unprecedented availability of models, accessories and reference material to our valued customers. The technological advances of the 21st Century allow higher programming abilities and an easier approach via social media.